I had a question about this worm that is supposed to wreak havoc on computers tomorrow… the news said most security programs have it taken care of.  I just wanted to get your opinion/confirmation if that’s really the case or should I download a patch from Microsoft?

If you are concerned about the Conficker (a.k.a. downandup) worm, possibly scheduled to wreak havoc tomorrow, April 1, 2009, you can download a cleanup tool from ESET. You can also apply a patch from Microsoft

From the Sophos blog:

It’s quite possible that Conficker will not do anything significant on April 1st. Certainly it won’t be “deadly” and your computers won’t melt. :-)

The fact of the matter is that Conficker is not set to activate a specific payload on that date. Rather, on April 1st Conficker will begin to attempt to contact the 50,000-a-day potential call-home web servers from which it may receive updates.

But it’s just as likely that Conficker will receive instructions to do something on March 28th, or April 2nd, or April 14th as it will on April 1st. The emphasis by some media outlets on April 1st is really unfortunate.

What we can say with certainty is that people should keep their protection up-to-date, ensure that they have firewalls and security patches in place, have a proper policy in place regarding USB usage and passwords. In addition it wouldn’t do any harm – if you suspect you may be infected by Conficker – to run a Conficker removal tool such as the free one from Sophos. 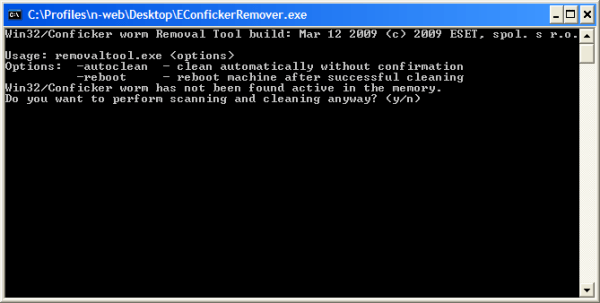 Rich is the owner and creator of Windows Guides; he spends his time breaking things on his PC so he can write how-to guides to fix the problems he creates.