After years of exploring the matter, Microsoft has finally started offering an ad-funded version of Microsoft Works in some countries.

Users who run the software see a small ad as they are writing their document or editing their spreadsheet. Although the program has the ability to update its set of ads online, today it runs mostly ads for Microsoft and a few partners, all of which ship with the product itself.

Works SE (which stands for Sponsored Edition) is free to PC makers, though they don’t get a cut of the ad revenue. Large computer makers typically only pay a buck or two for the low-end version of Works, though.

The ad-funded Works falls into a category of several products the company is exploring, rather than a significant new source of revenue, said Microsoft Vice President Chris Capossela.

Microsoft has been considering such a product for some time, with many inside the company arguing that Microsoft could make significantly more money for Works by selling advertising than it gets in revenue from computer makers for the product.

Capossela said the early response to the free product has been positive. “People have liked the price,” he said with a laugh, adding that it has also not been perceived as that intrusive, something Microsoft had worried about.

Last August, Microsoft said that it would start piloting Works SE, but the company gave few details on where or how the product would be offered.

Microsoft remains cagey on the details of where you can find Works SE. The company has been testing Works SE in 5 countries: The United States, France, Canada, Poland and the United Kingdom. It is available only through select computer makers and Microsoft won’t say which computer makers those are.

According to its Web site, Packard Bell offers the software on some of its models in the United Kingdom. Using the same sleuthing technique (a search engine), it appears Sony is one of those offering it in the U.S.

Capossela put Works SE in the same category as several other new approaches, including the Albany subscription service that Microsoft detailed this week. Also in that camp would be the prepaid Office cards that Microsoft has been selling in some countries for more than a year now.

Response to that last product, which sells Office in six-month increments for around $20, has been mixed. The cards were a hit in South Africa, but bombed in Mexico.

None of these areas are significant new channels as yet.

“There’s no business here yet,” he said. “These are all experiments.”

The one area where Capossela said Microsoft has seen significant sales is the download and purchase of Office over the Web. Customers either download a trial version of Office directly from Microsoft or get it with a new PC. After 60 days of use, they are prompted to buy a full version from Microsoft or a partner (partners typically sell the product cheaper than Microsoft).

Microsoft was not quick to seize on selling directly over the Web, Capossela said.

“We’re late,” he said. “If you look at Symantec and Intuit, they have huge businesses here.”

Capossela also stressed that Microsoft is focusing its efforts on new ways of selling Office and creating online products that complement Office, not replicating the suite on the Web. He said that Microsoft still doesn’t see much competition from Google Apps.

As for Albany, Capossela said the main idea is to try and have a product that can be pitched by the Geek Squads of the world when people buy a new PC at retail. Tech benches, as these services are known generically, have become an important avenue for consumer software sales.

That said, Microsoft has yet to sell the product to those retailers or determine how much it will charge for the subscription product, which combines Office 2007 Home and Student Edition, Windows Live OneCare security, and other free Windows Live services.

Microsoft admits it sent Office nag to all WSUS servers

System administrators have ripped Microsoft Corp. for pushing a trial anti-piracy program meant for limited distribution to all enterprise update servers, a mistake that has triggered false warnings of Office counterfeits.

Earlier this month, Microsoft announced it would kick off a pilot program for software to display nagging notices on copies of Office that it deems fake. The program, part of the Office Genuine Advantage (OGA) initiative, which already requires users to validate their software as legitimate, was to run in only four countries: Chile, Italy, Spain and Turkey. The notices would appear on machines running phony copies of Office XP (called Office 2002 by some), Office 2003 and Office 2007.

END_OF_DOCUMENT_TOKEN_TO_BE_REPLACED

SAN FRANCISCO (MarketWatch) — Microsoft Corp. is expected to post strong profit and sales gains when it reports earnings Thursday for its fiscal third quarter, a period that saw it enter an aggressive takeover bid for Yahoo Inc.
Analysts on average estimate that Microsoft will post earnings of 45 cents a share and revenue of $14.56 billion for the period ended in March, according to FactSet Research.

END_OF_DOCUMENT_TOKEN_TO_BE_REPLACED

Microsoft confirmed that it is planning a subscription service that combines the consumer version of Office with its OneCare security suite.

Code-named Albany, the product has a single installer that puts Office Home and Student, OneCare, as well as a host of Windows Live services, onto a user’s PC. As long as users keep paying for the subscription, they are entitled to the latest versions of the products. Once they stop paying, they lose the right to use any version.
END_OF_DOCUMENT_TOKEN_TO_BE_REPLACED

Even though with the advent of Windows Vista the open source community saw the ripe moment for Linux to strengthen its grip over consumer PCs, the fact of the matter is that Windows still holds a firm grip over the vast majority of desktops worldwide. And there is no change visible on the horizon, especially as the two largest vendors of Linux operating systems have
no plans to go against Microsoft. Neither Novell nor Red Hat feel that Linux has sufficient driving force behind it in order to go against Windows, which until Windows 7 will largely be represented by Windows XP Service Pack 3 and Windows Vista SP1.

END_OF_DOCUMENT_TOKEN_TO_BE_REPLACED

Microsoft is investigating reports of a new zero-day flaw in Windows attackers could exploit to access extra user privileges and launch malicious code.

END_OF_DOCUMENT_TOKEN_TO_BE_REPLACED 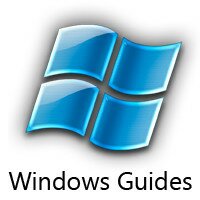