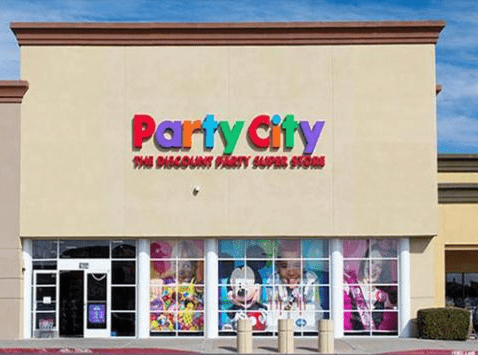 Party City is a huge retailer when it comes to party supplies. If you’re looking for anything related to parties, you can probably find it at Party City. They have a massive inventory of both large and small props that can make your party the talk of the town. In this blog post, we will take a look at some things about Party City that you may not know. We’ll discuss their history and some interesting facts about the company. So, without further ado, let’s get started!

Party City is a name that is synonymous with fun and games. It’s a business that has a massive inventory of party supplies. It doesn’t really matter what kind of theme you envision or what kind of party it is, they usually have exactly what you’re looking for. They offer props both large and small that can make your party the talk of the town and this is why they’ve grown into a huge company that they are today. Party City has an interesting history and there is a lot about them that the average consumer doesn’t realize, so here are 15 things that you didn’t know about Party City.

Steve Mandell is the founder

Before founding Party City, Steve Mandell worked in the costume industry. He saw firsthand how difficult it was for people to find the party supplies they needed in one convenient location. In 1986, he decided to do something about it. He founded Party City, a retail store that would make it easy for people to find everything they need for their next party. Today, Party City is one of the largest party supply retailers in the world, thanks to Mandell’s vision and commitment to customer service. shoppers can find everything from costumes and decorations to tableware and favors all under one roof. Whether you’re planning a birthday party, a holiday celebration, or any other type of event, Party City is your one-stop shop. Thanks to Steve Mandell, party planning has never been easier.

Party City started in a 4,000 square feet space in East Hanover, New Jersey. The store was an instant hit, and within its first year the owner was able to start plans to open a second location. Party City quickly became known for its wide selection of party supplies, and customers could always count on finding everything they need for their next event. Today, Party City is the leading provider of party supplies, with over 850 stores across the United States. No matter what kind of event you’re planning, Party City is sure to have everything you need to make it a success.

Party City can help you plan a party

Party City is the perfect place to start planning your next big bash. No matter what you’re looking for – from ideas for unique invitations to fun party games – Party City has got you covered. Plus, their online planning tools make it easy to keep track of all the details, so you can relax and enjoy the party. So whether you’re planning a milestone birthday party or a festive holiday gathering, Party City is your one-stop shop for everything you need to make your event a success.

It started with a modest amount of investment

It all started with a modest investment of just $125,000. That’s not a lot, but the founder worked hard and made it work. The business quickly grew and today Party City is a multi-million dollar operation. The company now has hundreds of stores all over the country, and it continues to grow every year. Party City is now one of the largest party supplies companies in the world, and it all started with a small investment and a lot of hard work.

People asked Mandell if they could open franchises of his business

Once Party City caught on with the public, it was so successful that Mandell had entrepreneur’s who wished that they would have thought of the idea first, if they could open Party City franchises. This is the ultimate compliment and it was at this point that he knew that he was sitting on a gold mine in the retail industry. This is how Party City began its journey to becoming a national chain retailer. People asked Mandell if they could open franchises and replicate his success in other markets.Party City gave Mandell the opportunity to pursue his dreams of being a retail mogul and changed the way people thought about party supplies. Some even say that without Party City, the entire retail industry would look different today. Thanks to Mandell’s vision, Party City is now a household name and has become the go-to destination for party supplies.

You can also find Party City in Hawaii and Puerto Rico

After the founder’s first year, he decided to focus on Halloween

After the success of his first year in business, Mandell decided to focus on Halloween for his store. This was a great decision as Halloween is a highly anticipated holiday where people are willing to spend money on costumes and decorations. Party City has maintained an inventory of Halloween items since then, and it continues to be one of the most popular holidays. People love dressing up in costumes and decorating their homes and businesses, making it a fun and lucrative time for Party City. Thanks to Mandell’s vision, Party City is now the go-to place for all your Halloween needs.

The founder of Party City sold the company

In 2005, Party City was sold to Amscan Holdings, Inc. Amscan is one of the largest manufacturer, designer, and distributor of party related products within the United States. American also purchased several other retailers including Factory Card & Party Outlet and Party America. What’s really cool about all of this is that Amscan Holdings made the decision to have all of the new companies that they acquired to operate under the brand name of Party City. It was a name that was well known, respected and beloved. Overall, it was a good strategy. Thanks to this acquisition, Party City was able to solidify its place as the go-to retailer for party supplies. And since then, it has only continued to grow in popularity. Thanks to its wide selection of products and its commitment to providing quality merchandise at affordable prices, Party City has won the loyalty of party-goers everywhere.

The move by Party City to start selling toys was a brilliant one. In response to the closing of Toys R Us, they developed a plan to open 50 new stores called Toy City. These would be in the format of pop-up stores that would begin opening around the country in September of 2018. This provided a new revenue source for the corporation and helped to fill the void that was left by the closing of the giant toy store. The decision to do so was made in June of 2018, just in time for the busy holiday season. This was a shrewd move on the part of Party City, and one that is sure to pay off in the long run.

Party City’s e-commerce website has given the company a much needed boost in sales. The website is easy to navigate and offers a wide variety of party supplies, making it the perfect one-stop shop for all your party needs. Party City’s online presence has also helped to increase brand awareness and reach new customers who might not have otherwise been aware of the company. In addition, the website has helped to create a loyalty program that offers discounts and exclusive deals to frequent shoppers. Overall, Party City’s e-commerce website has been a huge success, and has helped to keep the company relevant in an ever-changing retail landscape.

Party City is now the number one retailer of party supplies in the entire United States and it is all thanks to the amazing acquisition by Amscan Holdings. Amscan Holdings acquired three large party stores and then rolled them all together into one superstore. This move was absolutely genius and has resulted in Party City having more locations, more variety, and more customerbase than any other party store in the country. Thank you, Amscan Holdings, for making Party City the best place to buy party supplies! Thank you for making it possible for us to have the best selection of party decorations, tableware, balloons, and more all under one roof. We are truly grateful for your contribution to making our celebrations better!

In 2011, Party City made the decision to expand the business outside of the United States. They did so by acquiring a Canadian retailer called Party Packagers. When they made this move, it elevated the status of Party City beyond just the largest Party goods supplier in the United States to the largest party goods retailer in all of North America. This expansion has allowed Party City to better serve its customers by providing a greater selection of products and locations to choose from. Whether you’re planning a birthday party, a wedding, or any other special event, Party City is your one-stop shop for all your party needs.

Party City is also known for their great customer service and their ability to meet the needs of their customers. Another great thing about Party City is their website. Not only is it easy to navigate, but they also have a lot of great resources that party planners can use. One of these resources is the Party Ideas Center. This is an online resource that provides photo galleries, video tutorials, and even shopping checklists. It is a great way to get ideas for your next party.

They just made an announcement that signals more big growth

While some retailers are struggling to keep their doors open, Party City is flourishing. The company has just announced the acquisition of 21 new franchise stores. These stores will be located in North Dakota, Texas, and Minnesota. This latest expansion signals Party City’s continued commitment to growth. In recent years, the company has made a number of strategic acquisitions, including Anagram International and Amscan Holdings. These acquisitions have allowed Party City to solidify its position as the leading party supplies retailer in the world. With its massive selection of products and its expanding store base, Party City is well-positioned for continued success in the years to come.

They bring the fun of Halloween to children in the hospital

They bring Halloween fun to children in the hospital. Party City sponsors a variety of Halloween events for several Children’s Hospitals throughout the local communities that they serve. A good example of this is when they partnered with the famous model and television celebrity Heidi Klum to bring Halloween fun to the children and their families at the Children’s Hospital in Los Angeles. They throw these parties to help lift the spirits of families going through tough times. It’s really cool that they bring celebrities on board to assist them in their mission to help others and spread goodwill. What a great way to use their resources and influence to make a difference in the lives of others! I applaud Party City for their efforts and hope that they continue to bring joy to families in need during the Halloween season and beyond.

How Pete Hegseth Achieved His Net Worth of Millions: The polarizing journalist’s financial journey