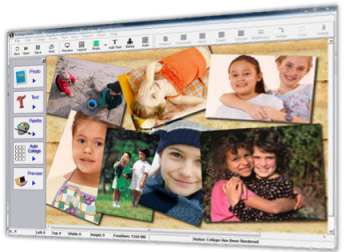 We have previously reviewed Collage Maker Pro (Read it Here). John, the developer is very interested in knowing how to improve his product and he offered 5 licenses to those who could come up with the best suggestions for improvement.

About the competition John said: “I was glad to see there were people interested in the contest. The feedback was interesting and there were some ideas I hadn’t thought about before.”

So there you have it, by regularly visit us at mintywhite you’re not only getting the chance to win wonderful software, but also have a say in how they should work in the future.

Read on to see who won, and what they would expect to see in a future edition of Collage Maker Pro.

Evandro : I was impressed with all the capabilities offered by the program […] Just a suggestion for the future, the program could have the option to import stamps, and create screen savers with images mounted.

Terrell Neuage : I would like to have a social mash up button eg. a Facebook application where I could start a collage and have others add or change it including adding text

Manoj Verma : […] custom shapes and texts.. I think a feature like this could be there in collage maker.. further i would like to see a wizard tool for more easy use…

David Dee : The majority of my students would require an “undo” button. Nice program all around except for the undo issue.

Want to try it out for yourself ?