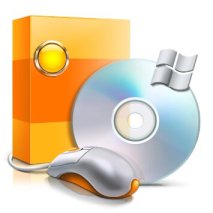 If you have been a regular reader here the last 6 months you have undoubtedly read many interesting articles and reviews. Some of which you thought: “Hey, that may come in handy one day, I’ll have to remember about that one”. If you are a new visitor here, you have no doubt missed out on many great programmes. Reading through all the 127 pages containing some 1200 articles will take time.

I have compiled a list of some of the software reviews that I’ve done and which I think deserves a new moment in the spotlight. Where possible I have checked to see if there have been updates and improvements since last. 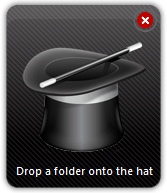 PhotoMagician is a desktop tool for resizing and converting images using drag and drop functionality.

Since our review, Andy the developer of Photo Magician hasn’t exactly been lazy. I received a long list of improvements and new features. And this is some of them:

SDExplorer let you use your SkyDrive account as an ordinary folder or hard drive on your computer.

Since last, they have launched the PRO version 2.1 and done some interface changes. There is also now support for @msn.com accounts.

This great freeware let you lock your keyboard and mouse while leaving your computer on.

No Changes has been reported since last review

Dexpot let you create no less than 20 virtual desktops, each with its own settings.

Just a few weeks since our review, but they have had some major upgrades, so it’s worth mentioning again.
Dexpot now support switching the good old ALT+TAB with their own. You may also develop your own plug-ins to enhance the software further.

LogMeIn Express is the ultimate solution for Remote desktop sessions, without having to create user accounts or software installations.

MouseExtender is an iPhone-like programs menu

Create backups of your DVD movies easy and for free

Changes since our review:

No changes as far as I’ve found

Freeburn MP3 to MusicCD (Read it)

No apparent changes has been made

The ultimate freeware burner for your computer.

Too many changes to mention them all. But here is the entire list (loooong read)

phew, that’s all for this time.

As you know we also host competitions on our site. Competitions that let you talk directly to software developers. Giving them your ideas and suggestions. But do they follow through ? Are they actually listening and are they implementing your ideas in their work ?

I decided to contact some of the developers we’ve reviewed in the last 6 months, asking them. When I receive word from all of them I’ll let you know what they told me.

Comments are closed. Join the conversation at Windows Forums.