8 Tips for Picking an Online Backup for your Windows Laptop

This guest post is written by Patrick Jobin who gives eight tips for picking an online backup for your Windows Laptop. Find 0ut more about Patrick at the end of this article.

When traveling or working remotely, you can never be too sure about the integrity of your network or the other people who might be using it. When picking an online backup system for your Windows laptop, make sure you pick one that offers the right encryption options for your needs.

If you’re worried about securing the confidential data stored on your laptop, you want to make sure that your data is properly encrypted during transmission using a strong protocol such as SSL, and that the data stays encrypted when stored on the providers remote server using a password that’s only known by you. (And not the online backup provider)

END_OF_DOCUMENT_TOKEN_TO_BE_REPLACED

Use your Favourite Web-Apps as Stand-alone Programs

If you spend a lot of time in Gmail, Google Reader or Hotmail reading email and feeds, or if you have a Facebook addiction.

Then Prism is a great app for you!

Prism is an application that lets users split web applications out of their browser and run them directly on their desktop.

I only came across this last week and find it invaluable already!

END_OF_DOCUMENT_TOKEN_TO_BE_REPLACED

How To Change The Windows 7 Start Orb 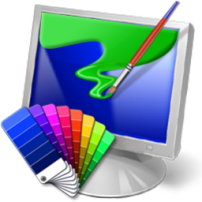 This guide will show you how to change the start orb in Windows 7, for the sake of simplicity and article length, i’ll only be showing how to change the orb with the taskbar along the bottom. (Start Orb bottom left).

If you have Photoshop or GIMP, then you can go ahead and even make your own.

END_OF_DOCUMENT_TOKEN_TO_BE_REPLACED

If you are making a PowerPoint presentation, poster, graphic, or anything that requires typography, you may find some of these fonts useful. There many free fonts out there but it is often hard to find good ones as there is so much choice and so many fonts are not very high quality. In these collections, I attempt to find the best free fonts out there and provide direct download links to them so you can start using them straight away. If you are unsure of how to install a font, learn here.

END_OF_DOCUMENT_TOKEN_TO_BE_REPLACED 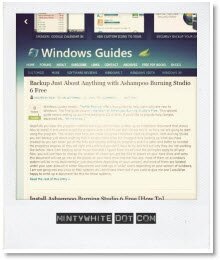 I recently reviewed Poladroid, a program, which turns your photos into Polaroids. A representative of Rollip.com approached me and asked me to try their service. In this review, I’ll show you what Rollip can do.

Rollip is a free service that lets you upload your pictures and apply effects to them before turning them into classic Polaroid-style pictures.

END_OF_DOCUMENT_TOKEN_TO_BE_REPLACED 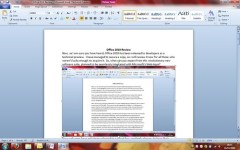 Now, as I am sure you have heard, Office 2010 has been released to developers as a technical preview. I have managed to secure a copy, so I will review it now for all those who weren’t lucky enough to acquire it. So, what can you expect from this revolutionary new software suite, planned to be seamlessly integrated with Microsoft’s Web-Apps?

Now web-apps have only been released to a select few, randomly chosen, to have their skydrive upgraded to include web-apps. I was not a member of the lucky few, so I won’t be posting screenshots off of the internet on here. If you want these, or you want to read a review of them, you can Google the subject.